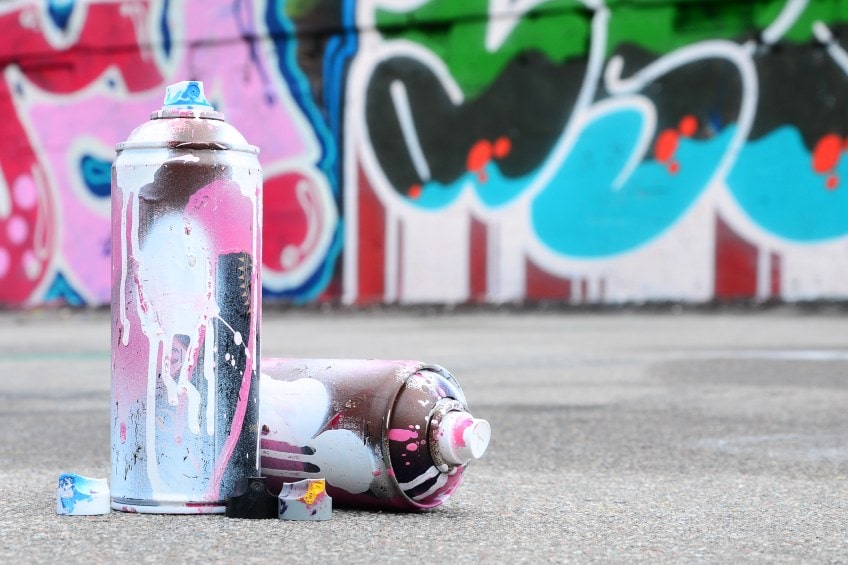 Businesses with physical locations like office buildings or storefronts are vulnerable to many uncontrollable factors, from inclement weather to break-in attempts. Unfortunately, vandalism is another common and unpredictable factor that business owners face. When your building is targeted by vandals, the graffiti not only detracts from the appearance of your place of business, but it’s also costly and time-intensive to clean up. Although you can implement security measures like exterior cameras, these deterrents may not effectively discourage vandals from wreaking havoc on your space. While you certainly can’t control the actions of others, you can prepare and equip your space. In doing so, you can make it easier, faster, and cheaper for you to handle vandalism in the future. The solution? 3M Anti-Graffiti Window Film.

Prepare Your Space for the Unexpected with Window Film

3M Anti-Graffiti Window Film acts as an invisible layer of protection on your existing windows and glass doors. This window film minimizes the impacts of vandalism by enabling fast, inexpensive cleanup. Should a vandal deface your windows with graffiti, the film can simply be peeled off to reveal a clean, unblemished window. Afterwards, you can replace the window film with a new layer and your building or storefront will look as good as new!

The Benefits of Anti-Graffiti Window Film

Minimize the Downtime of Business Operations

You put a lot of time and effort into making your place of business functional and welcoming for your employees and customers alike. All that can be ruined in a matter of minutes by a vandal. A graffitied, vandalized storefront not only looks unappealing, but it can also deter potential customers from entering your space.

A vandalized window without 3M Anti-Graffiti Window Film can hinder your business operations for days or even weeks, depending on how long it takes to get a graffiti abatement crew out to properly clean your windows. A window equipped with anti-graffiti window film can be cleaned in a matter of minutes, minimizing the potential of operational downtime so you can get back on track that same day.

Contributing to the operational downtime, a vandalized window can lead to disruptive and potentially costly clean-up. Not to mention, if the graffiti is too difficult to remove, you may need to replace the window entirely. This is not only costly but also can inhibit the daily operations of your business. 3M Anti-Graffiti Window Film allows for easy clean-up! Once the graffitied window film is removed, a clean, spotless window is revealed. Save yourself the time and the money of graffiti removal by prepping your windows with anti-graffiti window film.

You invest too much in your commercial space just to have a vandal destroy it. Save time, money, and effort associated with graffiti clean up. 3M Anti-Graffiti Window Film will help your business get back on track in the event that a vandal strikes.

New York Window Film provides high-quality products and window film installations to Metropolitan New York, Long Island, New Jersey, and Connecticut. With window film solutions for both residential and commercial spaces, our products can help you achieve anything from sun control and security to decorative enhancement and privacy. Call us at (631) 420-4101 or (212) 256-1414 for more information, or request a quote online.

Get Your Free Quote
for Window Film Today!

Give us a call at

Get Your Free Quote
for Window Film Today!

Give us a call at